Although I was at Vassar College for a scant four of its first 150 years, the faculty, my fellow students, and the buildings themselves, provoked a lifetime of learning, and marveling; committed to the Arts despite pursuing a career in International Business. 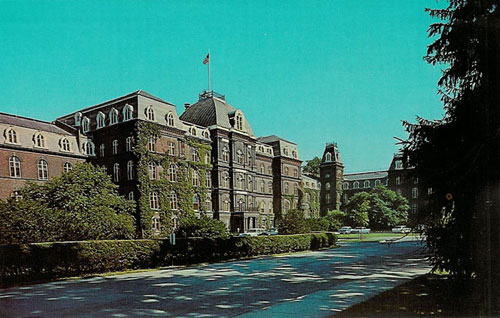 I came to Vassar expecting to focus on Spanish, French, German and Italian, while taking a few Music courses and singing in the Choir or the Madrigal Singers. But after a semester with two classes a day in Chicago Hall, I had already developed a visceral dislike for the cold, sterile building and its subterranean Language Lab. 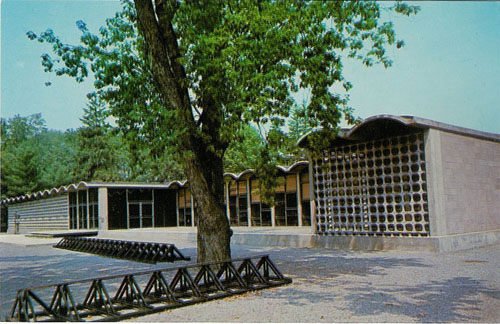 I found myself spending more and more time in the music building, Skinner Hall, whose practice rooms afforded Steinway baby grands, oriental rugs, wood floors, and the occasional window seat. Music History proved far more intriguing than conjugating verbs and memorizing declensions. By my sophomore year, I was a Music Major and devoted fan of French Gothic and Renaissance Revival architecture and furniture, with Skinner as my personal sanctuary and temple of learning. 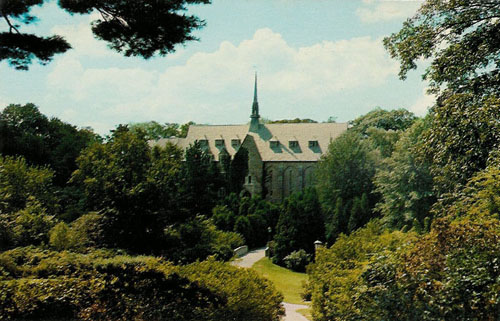 Professors such as Janet Knapp and Ted Reilly, who inspired me to learn about Early Music and to perform it with gusto, became my lifelong friends. What can compare with Janet's Paleography seminar when we transcribed medieval conductus into modern notation and then sang them, giving voice to works that had lain silent some 700 years while our pure voices resounded eerily throughout Skinner from the topmost tower room? Or being enveloped by the rich orchestral colors of Ted Reilly's cherished recordings of Mussorgsky and Mahler in lectures based on his first-hand examination of the composers' scores? To hear my classmate, Patricia Ann Neely, evoke these memories as the foundation of her career in Early Music, listen to the podcast of her interview for Sunday Baroque. These two extraordinary scholars continued to inspire long after Pat and I graduated, including Steven Zohn, who became the Lauren H. Carnell Professor of Music History at Temple University. His books and articles on Georg Philipp Telemann are must-reads for anyone interested in Baroque Music and in the business acumen of the prolific Hamburger lawyer whose life and works fascinate this Telemanniac. Steve also plays Baroque Flute in various early music ensembles and has made several recordings on the Centaur label.

During four years at Vassar, Skinner's Recital Hall became my venue of choice for listening, such as my first exposure to a period-instrument ensemble Concentus Musicus Wien, and for performing as a coloratura soprano including my operatic debut as Carmen Ghia in The Stoned Guest by P.D.Q. Bach. 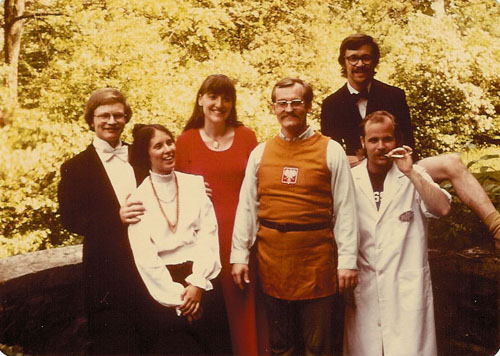 Cast Members of The Stoned Guest

By the time of my senior year, I had made my first trip to Europe (on the Vassar Madrigal Singers tour including the U.K., Ireland, and Belgium) and I knew I wanted to get back there as fast as I could after graduation. Vassar made that possible, with a Maguire Fellowship to study Voice in Vienna. 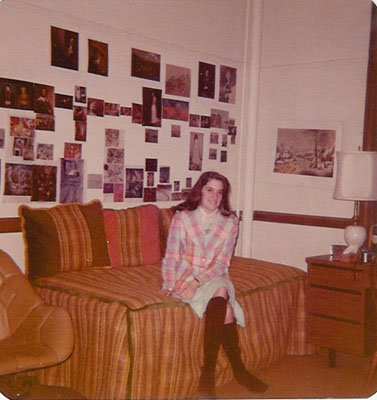 In planning for my future in Europe, I took Art 105-106, the survey course. In the dark of Taylor Hall where great artworks of Western Civilization were projected onto a huge screen, I dreamed of seeing them all, one day, in person. Drawn to the masters of the Florentine Renaissance, I was captivated by Professor Eugene Carroll's lectures. On subsequent trips to Italy and clutching my notebooks from his classes, I visited dozens of churches and museums, greeting pictures and sculptures like old friends. Through his eyes and his words, I honed the skills to appreciate works beyond the ones described in my precious notebooks and gained the confidence to write about what I saw and why it touched me. As with the other great teachers from whom I was privileged to learn, Eugene bestowed knowledge but also encouragement to sprout my own wings and soar -- a lifetime of discovery and enjoyment from the passions sparked at Vassar. 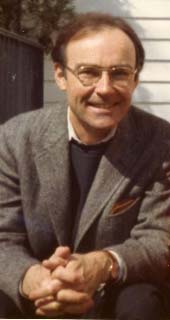 Eugene Carroll in a Photograph from 1974 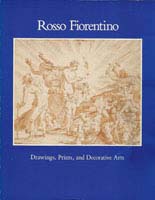 In 2010, I had the chance to visit Vassar for the first time in decades. This was made possible by Nicholas Adams, (Mary Conover Mellon Professor in the History of Architecture), whom I contacted after seeing him featured on the History International series, Engineering an Empire. At Nicholas' urging, the Career Development Office arranged for me to speak to students about combining a Vassar education in the Arts with a career in Business. Eugene Carroll attended, as did Nicholas Adams, Andrew Tallon, and both Yvonne Elet and Lindsay Cook from the current Art History faculty (although Lindsay was a senior at the time). I reveled in recalling my own time at Vassar while encouraging today's students to indulge themselves in the wealth of Arts courses at Vassar without worrying about a job -- a typical attitude among graduates of my era. How things have changed! What I heard from the students was a dose of modern reality and concerns such as whether taking Art in Renaissance Italy, instead of Financial Markets and Investments, would make it harder to get a job and repay those student loans?

Thrilled to be back on campus, I introduced Michael to the places and people he had heard so much about, especially Skinner Hall and the neo-Gothic masterpiece that is the main Library. It was also the chance to re-unite with Drew Minter, now on the Voice Faculty at Vassar, my classmate from graduate studies at the Hochschule für Musik und Darstellende Kunst in Vienna.

Fast forward to 2014 and a visit to New York City for Wolfgang Holzmair's recital at the Frick meant the chance for a day-trip to Poughkeepsie to visit with Eugene Carroll and discuss our next research trip to Italy in May of 2014. 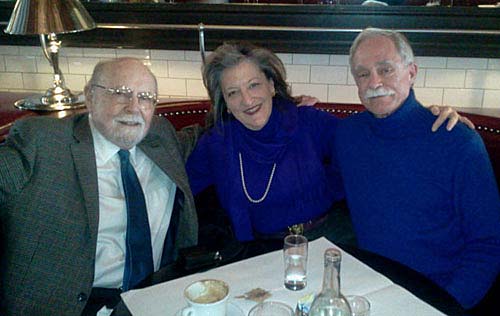 For Michael and me, Vassar College remains a foundation of our antiques business, our love of European travel, and our passion for Classical Music (especially the Baroque and before). Memories of Vassar are among life's sweetest. Happy birthday alma mater!