Sipping the Bounties of a League's Final Hold-Outs

When the opportunity to attend a conference took us to the city of Bremen, it afforded my husband, Michael, and me a chance to explore North Germany’s heritage of dominance in international trade and the Hanseatic League. Formed by merchants in the port cities of Hamburg and Lübeck in the 12th century, it arose because Lübeck found itself with bounteous catches of herring but no way to preserve the fish beyond what could be sold in a day. Hamburg had no herring but did have salt for transforming fish into a long-lived product sellable throughout the region. A marriage made in commercial heaven, the League was born with these two cities and, eventually, sixty more joined.

In an era pre-dating insurance, the merchants of the Hansa developed a mechanism for pooling capital and spreading risk in order to finance specific vessels, cargoes, and voyages. Losses were likely as rocks, storms, and primitive navigation techniques took their toll. If the ship came in, the investors all shared in the profits. This led to a foundation of wealth upon which the cities grew, including huge churches with tall spires thrusting upward from the flat landscape. Their congregations hired the gifted musicians of the day such as Johann Sebastian Bach and Georg Philipp Telemann and built the organs whose majestic sounds reverberate there to this day. This affluence also fed the demand for luxuries such as wines from Germany and farther afield. But competition from consortia outside the monopoly grew stronger as the centuries passed and the league waned. By the time of its formal dissolution in 1862, only the two original cities plus Bremen remained.

With its main harbor of Bremerhaven farther down the Weser River, Bremen served for centuries as a gathering point and port of departure for German wines heading to thirsty enthusiasts around the globe. This city owns one of the world’s largest wine warehouses located under the magnificent City Hall (Rathaus) that is also the meeting place for the Senate of this smallest of Germany’s states. Although the construction of the “old” part of the Hall dates back to the early 15th century, a major addition in the early 17th century resulted in the “new” part whose bright and airy interiors reflect the Renaissance in all its splendor. 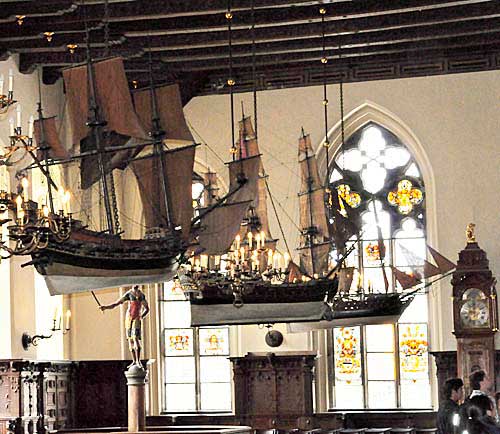 The building’s Upper Hall, previously used for legislative sessions but now for ceremonial purposes, was the site of the gala banquet capping our conference. Evidence of the city’s nautical heritage hung above us in the form of intricate ship models, some as much as six feet long. Crafted between the 16th and the 18th centuries, the detail of these models is impressive, especially the tiny cannons. They are a reminder that the League’s vessels were not only merchant ships but needed to defend themselves in a bellicose era.

Prior to our gala dinner, we were treated to a tour of the massive underground complex comprising the city’s wine cellar and a chance to view the giant “rose” barrel holding wine dating to 1653. Top city officials are permitted to taste from it, but reserve that privilege for visiting dignitaries such as Queen Elizabeth. No word on whether she thought it plonk! We were offered more modern vintages on our visit as we wandered the narrow subterranean hallways. Part of the cellar is dedicated to a restaurant, a tradition throughout Central Europe for city halls. But in this land of fabulous beer, the Bremen Ratskeller Restaurant serves only wine, with some 600 on offer.

Still one of the most beautiful and well-preserved of the Hanseatic cities, Lübeck was not exporting wine through Bremen. Rather, it was importing red wine directly from Bordeaux, France and then aging it in local cellars before bottling and selling it (much of it to Russia). The city remains famous for its Rotspon, the resulting French wine in German bottles, whose name stems from a term in local dialect for the reddish wood of the barrels in which the French imports first arrived. Even French soldiers passing through town during the Napoleonic Wars remarked that there was something special about this north German barrel-aging that improved on their homeland’s finest nectar. I can attest that sipping Rotspon over lunch at an elegant restaurant, the Schabbelhaus in a Baroque-era gabled structure whose tall windows let in the pale northern sunshine, left me agreeing with the soldiers. 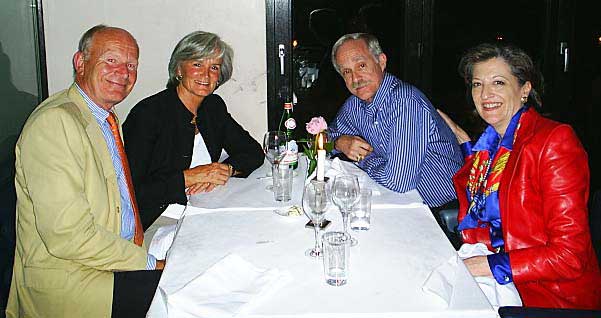 Our last stop on the Hanseatic trail was the commercial colossus of Hamburg, even larger and busier as an international seaport in the aftermath of the fall of the Berlin Wall and German re-unification than it was when I lived there during the Cold War. We stayed at the Vier Jahreszeiten (meaning “four seasons” but not part of the hotel chain of the same name), the magnificent century-old grand hotel along the Alster inlet. I used to stroll by the hotel when I was a young intern working at a law firm in the nearby BAT-Haus. Someday I hoped to afford a room there and have tea in front of the fireplace in the magnificent reception salon, and so a dream came true when Michael and I made our first visit together to Hamburg.

We dined with friends from my student days in the city and marveled at the newly renovated warehouse district with its array of modern eateries offering new takes on the traditional seafood dishes of the region. Bypassing the smaller ports, wine cargoes now make their way through Hamburg, whether the Argentine Malbec we had with dinner or the Blue Nun heading for Houston.

Strolling along the Alster on a rare sunny afternoon, watching the crowds window-shopping or sitting in the sidewalk cafes, we admired this prosperous and sophisticated city built on international commerce. Euro currency crises may come and go, but the Hansa Cities’ charms still beckon.

Next time, a quick and salty trip to Austria.

The original version of this article appeared in the Spring, 2013 edition of the Quarterly Newsletter of the Wine Society of Texas, a non-profit organization dedicated to wine education and appreciation.